business meeting point of the island,
Heraklion is a city with a lively nightlife,
in the process of modernization.

The city’s name derives from the ancient Roman port of Heracleum, which likely occupied the same site. Heraklion , formerly called Al Ḫandaq (الخندق) by the Arabs, Candia by the Venetians to whom the island was sold in 1204. Most of the extensive system of walls built around the city by the Venetians survives.

In 1669 the city was ceded to the Turks after a siege of more than 20 years. During the long Turkish occupation, which ended in 1897, Candia was known as Megalokastro  (Μεγάλο Κάστρο). Heraklion is the main gateway to Crete. Heraklion is the main city of Crete and the 7th largest city in Greece. It is a young and dynamic city. Almost destroyed during the Second World War,( see more on Crete during world war 2)  it has preserved few traces of its past. Its powerful walls, Venetian fort, ancient arsenals and elegant monuments are still standing. Heraklion also has one of the richest archaeological museums in Greece.

The urban planning of Heraklion is somewhat disconcerting. In the center of the city are Byzantine churches, Venetian palaces, Turkish fountains, neoclassical buildings and concrete buildings built in the 1950s. Destroyed several times, notably in August 1898 and during the Second World War, Heraklion had the worst difficulties in managing its development. During the military junta, Venetian buildings were razed to the ground. The notion of architectural heritage has only very recently entered the Heraklian mentality.
The preparation of the Summer Olympic Games in 2004 has changed Heraklion’s urban landscape enormously. The seafront leading to the “pankriti” stadium has been developed for the Olympic Games, and the old industrial buildings have been transformed into trendy places (restaurants, bars, shopping malls, …) Part of the city center is now pedestrianized, electric and telephone cables are systematically buried. A considerable effort has been made to improve the urban living environment.

Heraklion is offering many facilities to tourists. and museums. The archeological museum of Heraklion  houses the world’s largest collection of Minoan objects. A large part of the frescoes of Knossos is preserved there. Archeological site of knossos, the main minoan palace, is only a few kms from city center. 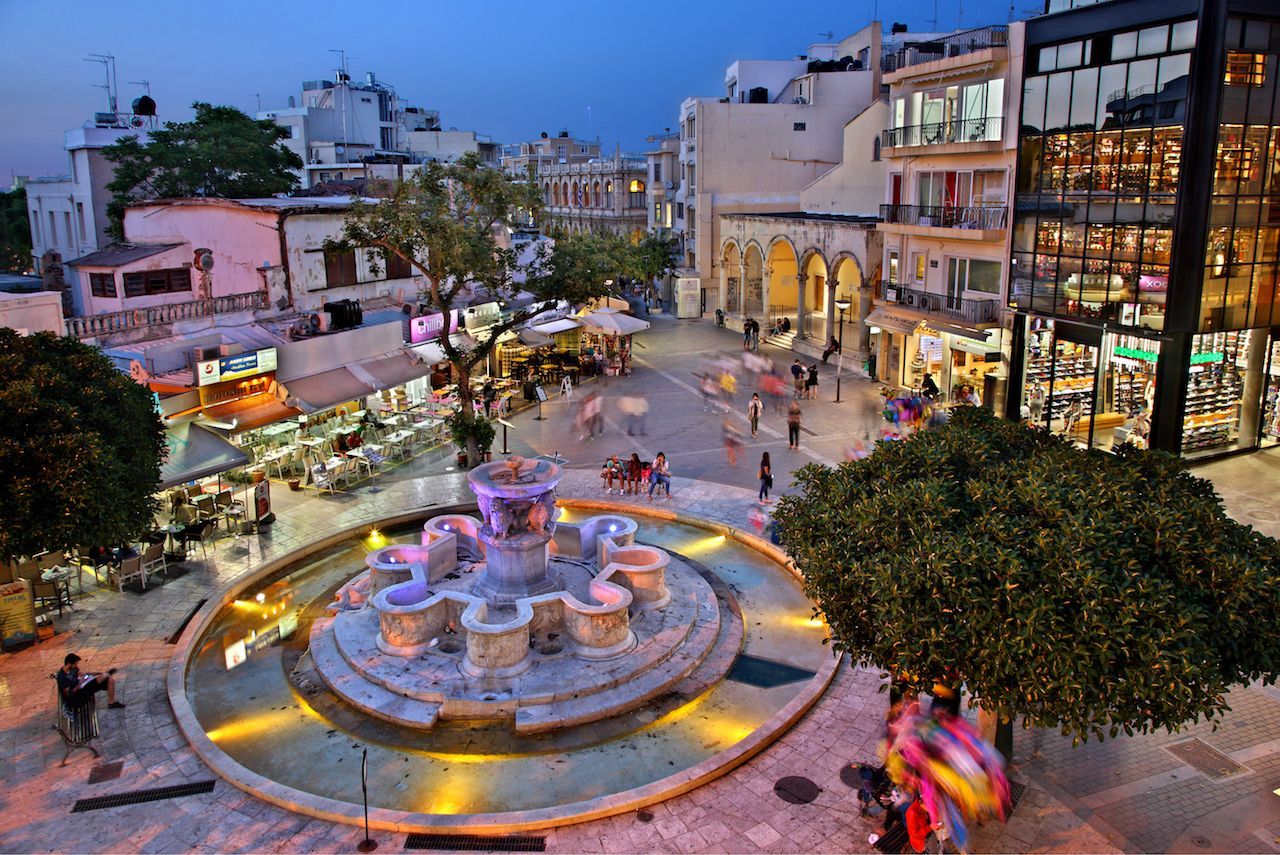 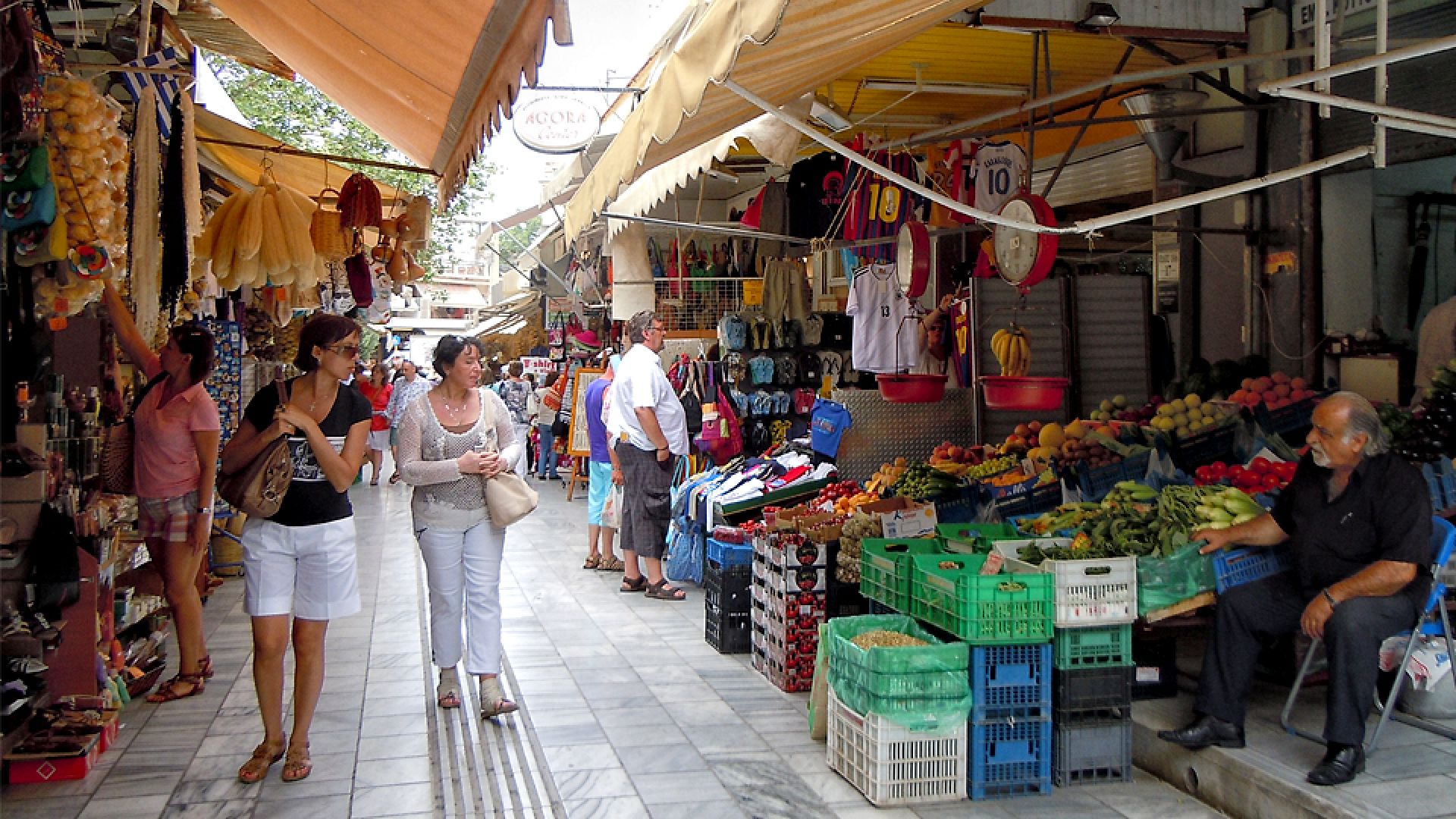 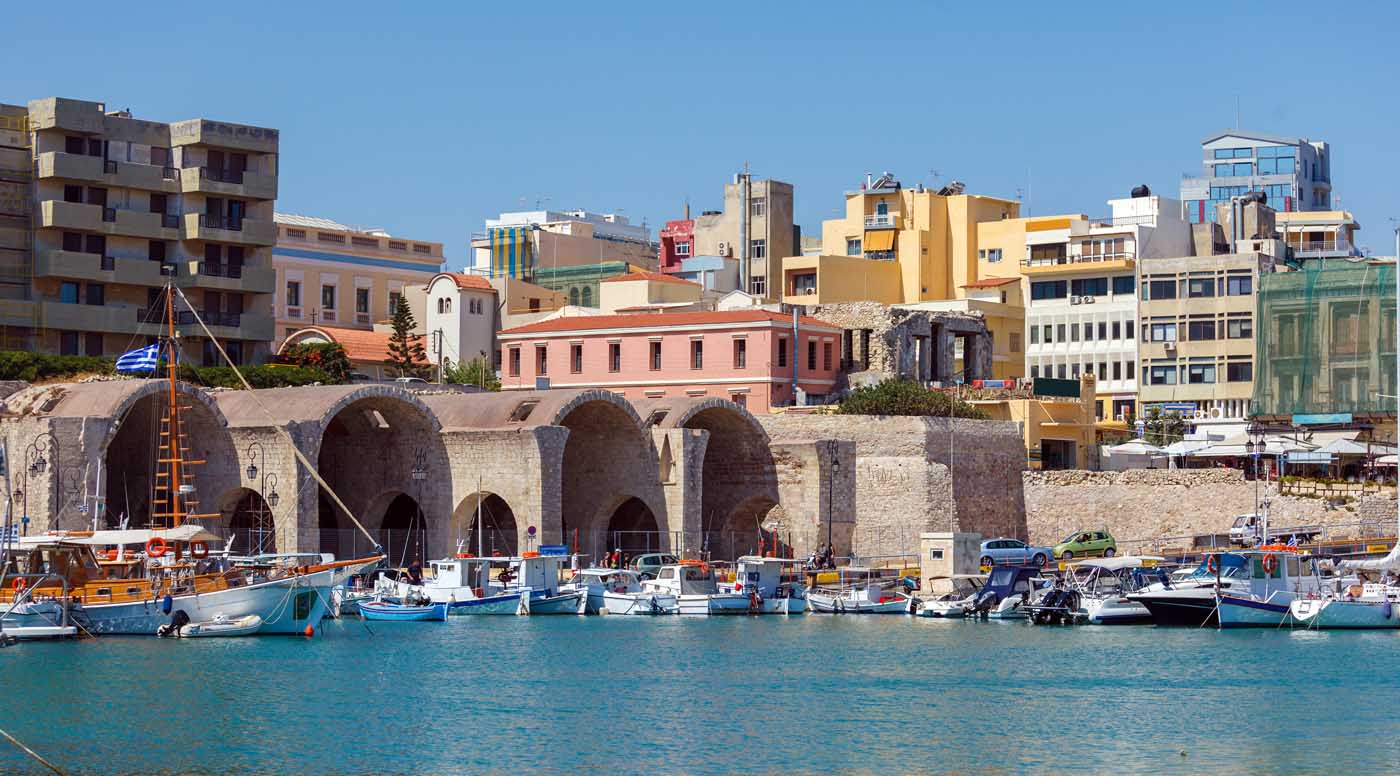