Olive, the treasure of Crete. From mythology to everyday life

A gift ftom Athena to protect the new city of Athens 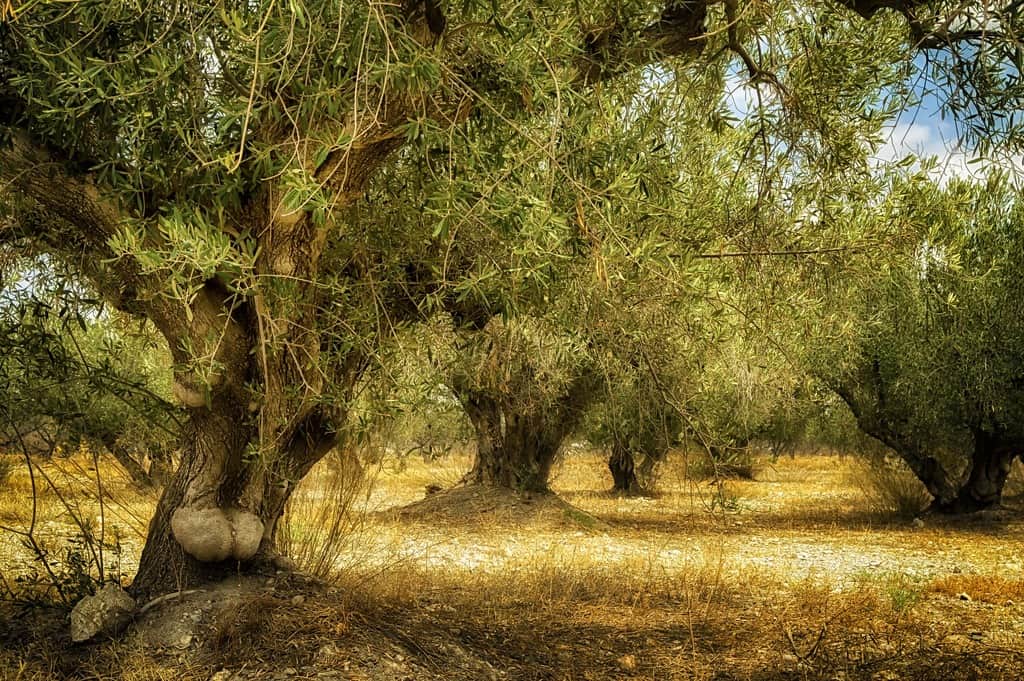 historically, traces of wild olive tree can be found 6,000 years before Christ at the gates of the city of jerico. On the other hand, a doubt remains about the time and place where its culture began: Minor Asia or Crete. Amphoras containing olive oil dating back to 3500 B.C. have been discovered in Crete. Crete has commercial ties with Egypt and the Phoenicians. The olive tree gradually spread throughout the Mediterranean basin, but the olive tree is a sturdy tree, provided that it finds part of its favorite climate: the sun. this tree with golden leaves is found on all continents, even in the foothills of the Himalayas. However, it is in the Mediterranean that it is the most present since nearly 75% of the 900 million olive trees on the planet are in Europe. the number of olive trees in Crete is estimated at nearly 35 million.

The olive tree belongs to the family of oleaceae, “family of trees and shrubs dicotylé-dones gamopétales (said of a flower with welded petals)” as well as jasmine, lilac and ash. it is found in europe under the name of olea europaea and comes in two forms: The oleaster or olive sau-vage, a small thorny shrub with not very fleshy fruits and the olea sativa, or domesticated olive tree. the domesticated olive tree has a smooth trunk and greenish gray when young but, with age, gradually becomes knotted and the bark gradually turns gray-black. Another sign of the olive tree’s old age is that its branches turn ash-grey. The leaves of the olive tree, with their characteristic ash-green color, allow it to absorb the sunlight well. The leaves never fall completely, and are gradually replaced every three years. The flowers of the tree are white, slightly fragrant and have four petals. the olive tree is a tree whose flowering begins in January with the floral induction (the process that controls the differentiation of the cells of the embryo and their organization). This can either bring the bud to wood or to flower, and thus to fruit. The olive tree may therefore not produce fruit every year. It is only at the end of March that the first shoots appear, which will not bear fruit until the following year. Winter temperatures should not fall below -5 to -10° for too long because the olive tree fears persistent frost. The tree flowers in May, then small ol-ives appear rather quickly. These will be bursting with sunshine all summer long and the first green olives will be ready to be harvested at the beginning of September. As ripening continues, the olive will turn black and lose its bitterness. The black olives are picked in winter, between December and February, following the sunshine in the plots. The coloring of the fruit is very important because a color too dark in the heart of the olive is detrimental to the quality of the future olive oil, which would be more acidic. harvesting technique: The ancient Greeks harvested the olive by beating the branches of a tree with a long pole to make the fruit fall. Nowadays, in Crete, this improved technique is regularly used. a machine mounted on a long wood acts as a mobile comb, making the fruit fall into a net placed at the foot of the tree.

The olives are sorted after harvesting to remove twigs and leaves. They are then washed in cold water.

During the crushing process, the olives are not pitted, as the olive stone contains an antioxidant, a true natural preservative. The creamy paste obtained is kneaded to make it homogeneous and to remove more oil. Pressing: The most common extraction system is cold hydraulic pressure. For half an hour, the oil flows into tanks. At this stage, it still contains about 60% vegetation water. The paste is spread in quantities of 2 to 5 kg on round braided trays, the “scourtins”, which must be both very strong and allow the liquid to pass through. They retain the solid part of the paste and let the liquid element, composed of a mixture of oil and water called “margines”, flow out. But there are still places where the process does not use a centrifugal force machine, but only a grinder and the scourtins. This traditional process, which is lost, is much slower and more expensive.

By natural decanting, the oil is collected on the surface of the copings. Some producers still use water decanting, where water is drop by drop injected in tank, pushing slowly olive oil up. Nowadays, this is done by centrifuge, a faster and more efficient method, and only takes a few minutes. The oil obtained is virgin olive oil by first cold pressing. It is a designation for oil obtained without any chemical process. Other olive oils exist, of lower quality. Thus, when the pomace is used for a second pressing, it is called second pressure oil, or lampante oil, which is mainly used in industry for soap and lighting oil. Current processes greatly reduce the amount of pomace.

Varieties of olives in Crete

There are between 80 and 100 varieties of olive listed in Greece but only 28 are cultivated. Crete is  the region with the largest production of olive oil in Greece (1/3 of the production). There are three varieties of olive in Crete: Koroneiki, mastoidis-tsounati, and hondroelia. Between these, the mastoidis-tsounati is very little cultivated, while the koroneiki has the largest area of cultivation on the island.

Koroneiki is the most widespread variety in Crete. Its fruits are very small and appreciated for the production of high quality olive oil. The fruit weighs between 0.6 – 1.5 grams and is harvested from the beginning of November to January. Its olive oil content varies from 20% to 30% and it is considered a very productive variety and resistant to dry climate.  Moreover, it is a variety suitable for intensive or super-intensive planting; at the moment, only in Crete are there traditional plantations because the soil typology does not allow these types of cultivation. Tha’s alos the reason why new in olive oil producing countries choose the koroneiki variety to start producing extra virgin olive oil.

The mastoidis-tsounati variety can be found up to an altitude of 1000 meters. It is used as a table olive and for its oil. It has a lemon-like shape and weighs between 2 and 3 grams. Its olive oil content varies from 20% to 30% and it is harvested between November and January. It is a moderately productive and cold resistant variety. It is very sensitive to the olive fly.

The Hondroelia variety  cultivation on the island has stopped in recent years due to climate change and the special attention it requires despite the production of high quality oil. Indeed, hondroelia are still very popular in Crete and cretan really appreciate this olive for starters.